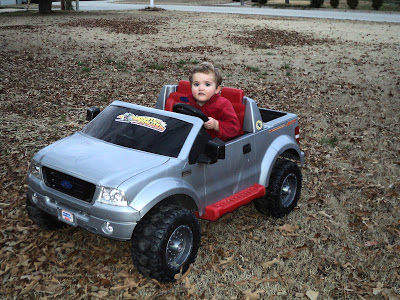 Henry was tickled to get behind the wheel of his new Power Wheels truck. We purchased it at a seasonal resale a few weeks ago in Memphis. Randall did an overhaul on it (tricked it out…for those of you who know the lingo!) and finally let him drive it. It was more of an attempt to drive it. Henry only pushes the pedal when he feels like it. He sure looks cute in it, moving or not. It has a radio in it so he likes to sit and listen more than anything. Watch out neighbors, Henry Patton is going to be on the go this spring! 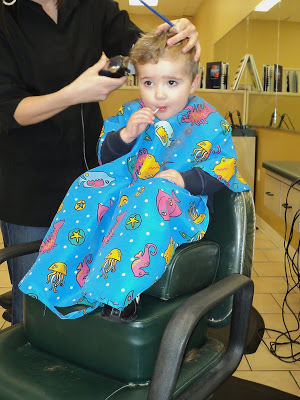 The dreaded haircut with Henry. We have been cutting his hair since he was 10 months old. He has some thick and curly hair, just like his mama and daddy. Up to this point I have had to hold him and hold him down, kicking, crying and swatting while the hairdresser cuts his hair. This past weekend he proved what a big boy he is becoming. She set the seat up for him without knowing I hold him. I played dumb and went along with it to see if he would sit down. He did. He then requested his “haircut sucker” in red. She gave him one and he sucked on it the whole time. He never cried or asked for me to hold him. I was such a proud mama. It was sort of bittersweet. At the end when she had to clip behind his ears I had to get up and convince him it was ok, but other than that, he was a sport about it. He thanked Sara for the haircut and bumped knuckles with her. He was proud of himself, as he should have been. 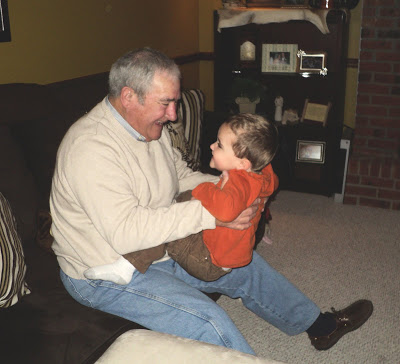 Henry’s Grandaddy and Coco came to see us over the weekend. Henry adores his G’daddy because he is goofy and plays the whole time. That is the ticket to winning Henry over…play! They rode the horsey to town until the horsey pooped out and they did their “bumble bee bumble bee” tickle game until Henry was unable to catch his breath from laughter. It is so sweet to see our parents love our baby. Henry is such a loved little buddy. 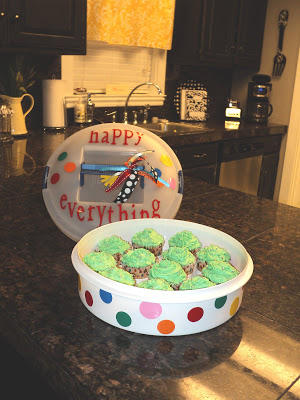 I had to end the post with a show and tell. I was asked to make a cake or cupcakes for a silent auction. I was intimidated by the request and in order to not get too nervous about a perfect cake or dozen cupcakes I masked the treat with a cute carrier. It was fun to make with my Cricut and it went for $20. It cost me $6! So, it benefited a good cause and gave me some really good gift ideas!

One thought on “Little Big Fun”